The Global Platform for Disaster Risk Reduction, May 2019

This conference, which is organised by UNISDR and hosted by the Government of Switzerland, is an opportunity to bring together practitioners from around the world who work in the field of risk prevention to allow them to discuss and share experiences and innovations. It will review progress made in the implementation of the Sendai Framework adopted in 2015 for the period 2015-2030, and for which 7 monitoring indicators were established. Apart from monitoring the progress made on international agreements, the central theme of the 2019 edition is ‘Resilience Dividend: Towards Sustainable and Inclusive Societies’.

The Disaster Risk Reduction and Climate Change Adaptation Network, which took part in the last two events of this kind (Cancun in 2017 and Sendai in 2015), is a member of the French delegation and was involved in organising two sessions on ‘Resilient cities’ and ‘Early warning systems’ which will be held on 17 May.

Groupe URD has facilitated this Network since 2018. It includes several French NGOs, including CARE France, Humanity & Inclusion, the French Red Cross and Solidarités International, and aims to share good practices in relation to risk reduction, and disseminate joint advocacy messages. 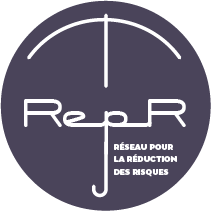