Sigmah has been selected for the Google Summer of Code

Many different types of partnership and collaboration are used to develop Sigmah – open source information management software for international aid projects. During the summer of 2016, student volunteers will be paid by Google to work on a new version of the software with the member NGOs, the volunteers and the businesses involved in the project.

The Sigmah project to develop open source information management software for international aid projects, is run by a group of 14 NGOs and facilitated by Groupe URD. Having been developed following a needs assessment carried out by a number of French NGOs in 2008-2009, an initial version was launched in June 2011, and it has continued to evolve ever sinceSince 2013, thanks to funding from the French Development Agency, the Humanitarian Innovation Fund (HIF), and Rhône-Alpes Region, and the contributions from the NGOs involved.. Seven organisations in Germany, Belgium, France, Luxemburg and the Netherlands use the software, and two new organisations have begun adopting it.

Google Summer of Code is a programme by Google that pays students to work on open source software projects during the summer. Sigmah is one of the 180 projects that have been selected for the summer of 2016, along with major projects such as Mozilla, Wikimedia, OpenStreetMap and OpenMRS. This is the 4th year that Sigmah has been selected for this programme.

As for all open source projects, the work of the developers is done entirely via collaborative online tools. Two former volunteers from the Sigmah Google Summer of Code, one from Uzbekistan now based in Ohio, and the other from India currently doing a PhD in Geneva, will be working alongside the project facilitator from Groupe URD, overseeing the work of the three new volunteers. The three students will spend the summer trying to produce new features for Sigmah’s calendars, and will try to make the software even more flexible and develop content search solutions.

This type of collaboration involving international aid NGOs, IT companies, volunteers and students is in keeping with the open and participatory spirit of the project. The variety of organisations and individuals involved in the process shows how open it is to all kinds of collaboration. So, whether you are an aid organisation, a donor, a software developer, a translator, etc. – you can get involved! 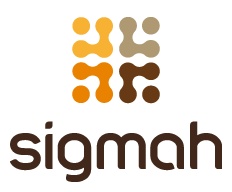