The debate between the ‘doom-mongers/collapsologists’ and the ‘optimists’ is a red herring that is distracting us from the real issues: globally, scientific evidence shows that agricultural and food systems are not sustainable, are faced with unprecedented risks and will need to go through a transition towards systems that are capable of sustainably meeting the nutritional needs of a growing population, despite the fact that natural capital is steadily deteriorating. The only relevant question concerns the nature of this transition and its feasibility. The European Commission’s Green Deal aims to meet this challenge.

The lack of sustainability of food systems

Agricultural production has continually increased since the 1960s, to such an extent that there is enough food available to meet the needs of the global population. And yet, undernutrition has been increasing regularly since 2015, whereas it had been falling continuously for decades. Around 820 million people went hungry in 2018, one in three people suffered from malnutrition, 600 million people were considered obese and annual food waste represented a third of global production. The current structural imbalances of global agri-food systems are increasingly obvious, but that is not all: the prospects for the future are that these systems will face unprecedented challenges, with 2.5 billion extra people to feed by 2050, as well as the potential impacts of climate change and biodiversity loss, including those directly related to the intensification, and artificialisation, of agricultural production.

Indeed, food systems are faced with several simultaneous threats that could lead to an increased number of food crises:

As underlined by Sandrine Dury (co-author of the joint CIRAD-EU-FAO report, ‘Food systems at risk: trends and challenges): “This combination of risks puts us in an unprecedented situation in which snowball effects have been observed and the point of no return has been reached in some fields, such as biodiversity”.

Beyond irrefutable facts, the future remains to be built

Even those who are the most sceptical about climate change cannot deny that agricultural and food systems will need to adapt to all these current and future changes.

A consensus is therefore beginning to take shape based on two major strategic areas:

Carrying out this transition towards sustainable systems will require major investment, notably in terms of research and innovation. The private sector will have an essential role to play, but only those who are ‘blissfully optimistic’ continue to consider (or want us to believe) that the current system – and particularly ‘economic liberalism’ – is the solution to meet the challenges ahead, without needing to make any major changes in terms of policies or public investments. Another myth is that we can return to a golden age (which perhaps never existed), as if the solutions of the past could solve the problems of the future.

Conscious of these challenges, the Secretary-General of the United Nations has called for a World Food Systems Summit to be held, which should take place in September 2021, during the United Nations General Assembly. Only the future will tell if this summit will really be able to create a new global dynamic.

For its part, the European Union did not wait for this evidence to be established before acting. It has made food and nutritional security and sustainable agriculture the main focus of its development aid by raising more than 8 billion euros over the period 2014-2020. Four complementary areas help to accompany agri-food systems towards greater sustainability: i) innovation and research, ii) inclusive investment, iii) food crisis prevention and response, and iv) the fight against malnutrition, notably stunting.
Numerous studies, such as those carried out by the Global Network Against Food Crises (a network that was launched by the EU, with FAO and WFP, and which has been joined by numerous other partners), are key references that help to clarify the challenges ahead and also to define and implement the approaches that need to be developed urgently. The DeSIRA initiative – ‘Generating and exchanging knowledge and fostering innovation-support to climate relevant Development-Smart Innovation through Research in Agriculture’ – is another flagship project that aims to overcome environmental and climatic challenges and establish global food and nutritional security.
Nevertheless, more needs to be done, and faster: the proposal drafted for the Commission’s next financial framework is even more ambitious, with the ‘European Green Deal’, which aims to meet the challenges of the ‘Sustainable Development Goals’. This approach aims to improve shared assets related to the stability and resilience of global food systems, beginning with the revision of internal policies, for example, by pursuing the reforms that have begun of the Common Agricultural Policy (CAP), to make Europe the first climate neutral continent by 2050. The CAP has evolved a great deal in the last decade and the ‘Farm to Fork’ section of the Green Deal will accentuate these changes.

Though the European Commission has shown that it has woken up to the dangers of climate change, the change of paradigm will still need to be ambitious and it will need to be put into place rapidly. This would mean not only that the Member States of the European Union were prepared to follow this political impetus and that they provide it with the necessary means, but also that Europe is followed by other regions and continents. The clock is ticking and the risk of a major crisis – in the form of ‘systemic collapse’ – is becoming more and more real: pack ice and glaciers are melting more and more quickly, there are more and more mega fires, pollinating insects are disappearing, earthworm and soil arthropod populations are rapidly becoming smaller… Collapse is not inevitable, but the longer we fail to take action, the more probable it becomes.

The views expressed in this article do not necessarily reflect the official position of the European Commission or its General-Directorate for International Cooperation and Development, and are those of the author alone.

Humanitarian Aid on the Move #21EN 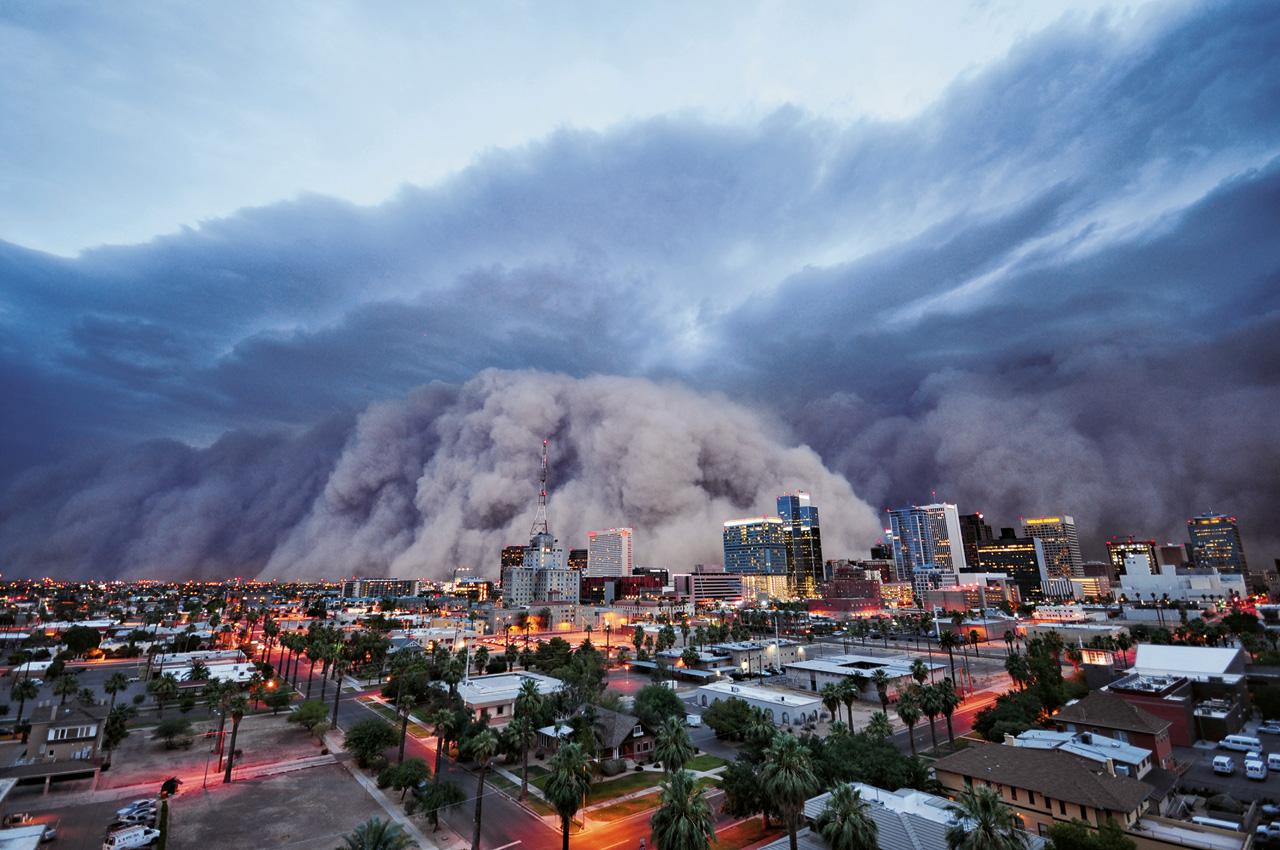 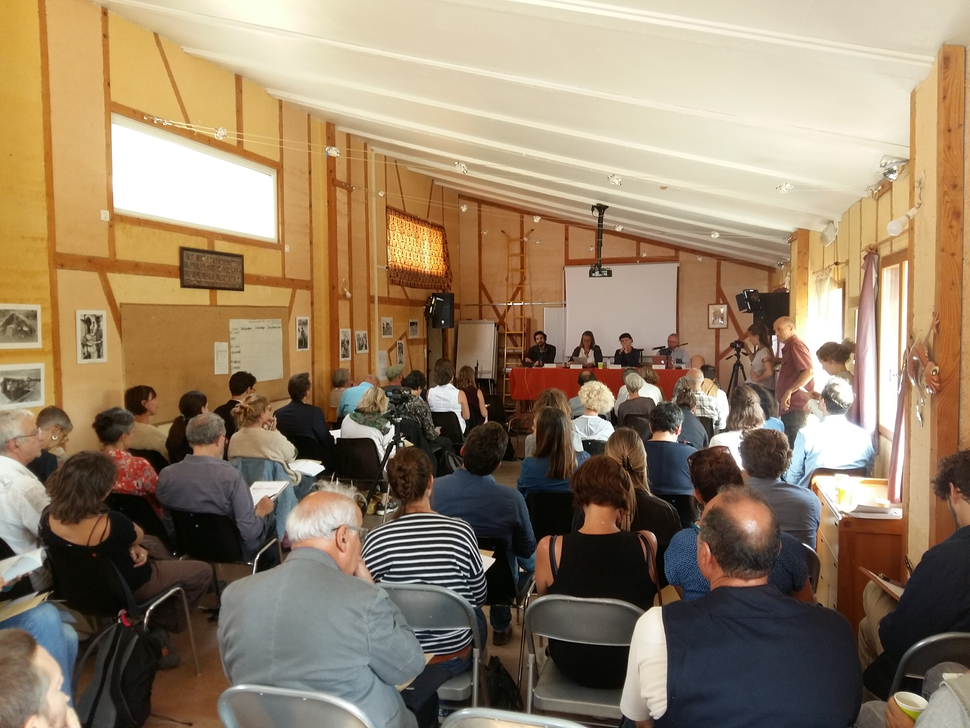 Videos on the Autumn School on Humanitarian Aid 2019[...]
Thematic(s)