Since December 2017, Groupe URD has been working with the Djiboutian government, the WFP and the United Nations system to develop the “Zero Hunger” Strategy related to Sustainable Development Goal n°2, using an approach that is integrated with the other objectives. The results of this project will be presented in Djibouti at a launch conference on 24 June.

The choice of a multi-sector approach involving all of the 17 Sustainable Development Goals was made from the beginning. This required the Djiboutian government to adopt an inter-ministerial approach which proved to be very constructive: the majority of the state services concerned took part in the study, either to speak to the team and provide the necessary information, or to take part in Steering Committee discussions, which had more participants at the end than at the beginning, which is quite rare. This inter-disciplinary approach also led aid actors, and notably UN agencies and those from the private sector, to take part in the discussion and to highlight the important issues to take into account in order to reach SDG n°2 (eliminate hunger, establish food security, improve nutrition and promote sustainable agriculture).

All this was made possible, and necessary, due to the approach proposed by the Groupe URD team, and immediately approved at the first Steering Committee meeting. In a context of severe aridity and with the Djiboutian President encouraging an outward looking approach, achieving SDG n°2 in Djibouti will necessarily involve taking specific and different routes than in big agricultural countries. Through its position as an exchange hub for the sub-region and given the issues at stake in developing its tertiary sector, particularly in urban areas, Djibouti will have to find alternatives to classic food security approaches and move towards an integrated “economic security – food security – nutritional security” approach.

In terms of lessons, the Zero Hunger review helped to establish 3 main priorities:

Priority 1: jobs, whether urban or rural; and which allow both wealth creation and protection of the country’s resources, in a context where the effects of climate change are getting worse every day.

Priority 2: inclusive growth, which makes Djibouti attractive to investors and allows the state to fulfil its roles and provide basic services to its population, in a spirit of social justice.

Priority 3: stability. A peaceful enclave in a turbulent sub-region, Djibouti has known tragedy in the past and can see how neighbouring countries where there are conflicts will struggle to achieve the SDGs in general, and SDG n°2 in particular. Through its involvement in the IGADIntergovernmental Authority on Development, the AUAfrican Union and the OIFInternational Organisation of La Francophonie, Djibouti must continue to preserve its social peace and its borders due to its open and peaceful attitude, which has attracted a lot of actors from the international community and makes a wide range of partnerships possible. Djibouti is also where the national rural exodus and sub-regional migratory routes cross, and it is host to refugee populations. The tradition of hospitality in Djibouti, which is rooted in its culture, has not been called into question at a time when other places are becoming like fortresses. However, its position at the centre of the displacement in the Horn of Africa is having an impact on its natural resources, its employment basins and its capacity to provide public services to all. Solutions will need to be found. 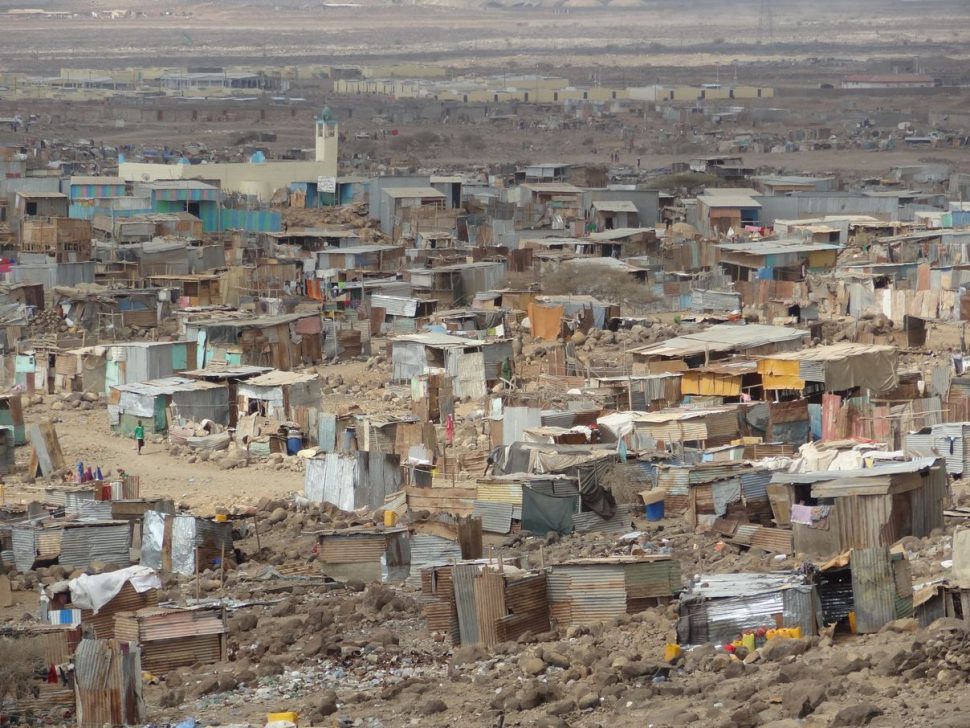 Accompanying the development of a “Zero Hunger” strateg[...]
Related ressource(s)